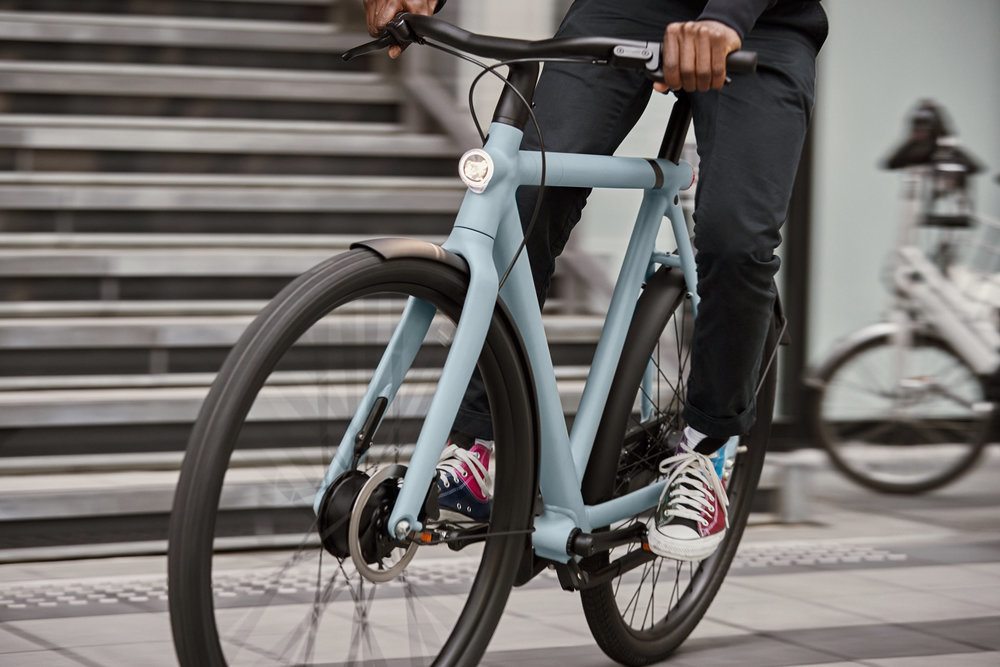 American vs European eBikes: Which are Better?

Home » American vs European eBikes: Which are Better?

The American market for electric bikes is generally considered a few years behind the European market. Does that mean European eBikes are better than American eBikes? Is the statement even true in the first place? Why do they differ at all? Where do Chinese made eBikes fit in?

Well, these are some of the questions I’ll be answering in this blog.

But before we start the discussion, let me make it clear that when I mention American electric bikes, I don’t mean the American made eBikes… as 99.99% of the bikes used in the States are either built in China or some other Asian country. By American eBikes, I mean the electric bikes that are made for the US market.

With that cleared out, let’s proceed to the actual discussion.

Why do American and European eBikes differ?

There are plenty of reasons why American and European electric bikes differ so much (I mean, we’re talking about two different continents here). These are the ones I think are the most significant.

Most of the differences that exist between American and European eBikes are due to the difference in legislation surrounding electric bikes.

For instance, three kinds of eBikes are allowed in the US and most states limit the speed and nominal power output to 28mph (45km/h) and 750W (1hp) respectively.

In Europe, however, most countries limit electric bikes to a max speed of 25km/h (15.5 mph) and a max nominal power output of 250W (0.34hp), with pedal assistance being the only mode of power delivery.

Beyond these stats, the vehicle would no longer be classified as an electric bike or pedelec. It would be treated as a moped or speed pedelec and would probably require registration, licensure, or maybe insurance.

This is why you’ll be more likely to find American eBikes with 750W or even 1000W of continuous motor output than a European one. Europe has a widespread cycling culture than the US

Cycling has long been ingrained, pretty deeply I’d say, in European culture (don’t ask why… it’s beyond my paygrade). So, bicycles have always been a lot more acceptable as a means of transportation in Europe than in the US.

In other words, a wide percentage of the European population has always been enthusiastic about bicycles. They have been using bicycles for actual transportation, say commuting to work or college, rather than for just leisure or exercise (which has been the case in the US).

That’s not to say Europeans haven’t been using bicycles for recreation or competitive sport… because they’ve been doing that a lot too!

What I want to say is that cycling has always been a way of life for Europeans… and this kind of widespread cultural acceptance was what made the transition to electric bikes easy, quick, and seamless there.

This is why eBike sales are always off the charts in Europe and also why eBike rentals and races quickly gained ground there.

Another reason why Europe quickly and deeply embraced the eBike culture can be the relatively old demographic present there, that could use the newfound pedal assistance technology to get around more easily than ever.

For Europeans, an eBike is a long-term investment

Since there are so many people in Europe who use eBikes for actual commute, an electric bike is considered a long-term investment there.

I mean people in Europe use them EVERY DAY to get to work, so they don’t mind spending $6,000 or more to get a reliable ride that lasts a long time. Many families in Europe are, in fact, replacing their cars with eBikes… which means they can easily invest more.

On the other hand, eBikes in the US are primarily meant for exercise purposes or recreational activities, which is why the majority of people there want something below $2,000 or even under $1,000… and with a bigger motor so that they can get the weekend thrill they’re looking for.

Americans can simply not do with the 250W European units that are just meant to comfortably and reliably transport someone from A to B.

What’s the difference between American and European eBikes?

European eBikes are understandably much slower and have smaller motors than American eBikes due to the stricter speed and motor output limitation followed there. But this doesn’t mean they lack power and capability.

An eBike with a low power output can easily climb a hill if it has torque – and European bikes have more than enough of it!

Since Europeans buy eBikes as a long-term investment to use on a daily basis, most of the bikes in Europe have expensive mid-drive motors.

And as you’d recall from my detailed hub vs mid explainer, a mid-drive motor is considerably more powerful than a hub motor (prevalent in the US) for similar power rating and has a LOT of torque.

Also, unlike hub units, a mid-drive motor can use the mechanical advantage of gears to amplify the overall power output to incredible levels.

So, even a small 250W mid-drive motor can easily outpower a 500W hub unit when it comes to hill climbing and overall capability. And when you throw in a torque sensor too (which is usually the case with European eBikes), you get an even more capable powertrain.

Even though 250W mid-drive units are quite capable, there are very few manufacturers in Europe that actually limit their nominal power output to 250W. No matter what the numbers on the motor say, the real nominal output is close to 500W or even more.

In fact, most European brands don’t advertise their power figures at all and instead use torque output to show how powerful a motor is to work around the 250W limitation.

So, European eBikes may be short on speed, they’re not short on power and capability.

And since the main purpose of getting an eBike for the majority of people in Europe is actual transportation and not just weekend thrill, a comfortable eBike capped at 25km/h kind of works pretty well there, especially when you have to stick in the bike lanes along with so many other riders traveling at the same speed.

European bikes aren’t (and don’t need to be) like the insanely high-speed electric bikes you see in the US – where the majority of people buy these things for recreational activities and not for everyday commute. This is also why a wide majority of American eBikes come with inexpensive hub motors with cadence sensors and chain drivetrain.

European eBikes, on the other hand, feature high-end components like torque sensing pedal-assist system and belt drivetrain with internal or crank-based gears.

And since these premium components are much more efficient, durable, and reliable, it can be said that European eBikes are better in quality than their American counterparts. It makes complete sense… after all, these bikes are designed to be used much more frequently and cost way more.

Another difference is throttle availability. Throttle is ubiquitously present on almost every hub eBike in the US but is rarely seen in Europe due to its incompatibility with mid-drive motors. It’s also because throttle isn’t allowed in many European countries.

The overall styling differs a lot too and any avid biker can pretty much tell that in a single glance. European eBikes usually have a neat and clean look with a practical design and may often look like a conventional bicycle (if you can ignore that bulge at the crank, though).

American vs European eBikes: Which are Better?

To sum up, American eBikes are faster and have bigger motors, while European eBikes are usually built with a higher standard of quality and have premium high-end components meant for frequent use and long service life.

But, as a downside, European eBikes are generally way more expensive than their American counterparts.

The low 25km/h speed cap works perfectly well in Europe due to its better cycling infrastructure that allows a lot of people to simultaneously use their eBikes in a safe manner. Contrarily, the 45km/h (28mph) top-speed makes sense in the US where there’s little cycling infrastructure and you have to keep up with faster traffic as you ride next to cars.

Likewise, it makes sense to buy an inexpensive hub eBike if you’ll be using it just for weekend trips to the beach. And it makes sense for Europeans to buy an eBike with a tag that’s simply unimaginable for most Americans, as they would be using it every day for the next several years!

So, I really can’t say if one is better than the other. It’s purely a matter of personal opinion and I personally am a big fan of American fat-tire hub eBikes.

But I’d love to hear your opinion on the matter. Also, I’m curious if there’s anything that I might have missed in this comparison. If so, please share your thoughts in the comment section below. Hope it was an informative read!

Why Is an eBike Worth Every Cent of Your Money?

Are eBikes Safe? Let’s Analyze the Risks & Debunk the Myths

You can find out more about which cookies we are using or switch them off in settings.

This website uses cookies so that we can provide you with the best user experience possible. Cookie information is stored in your browser and performs functions such as recognising you when you return to our website and helping our team to understand which sections of the website you find most interesting and useful.

Strictly Necessary Cookie should be enabled at all times so that we can save your preferences for cookie settings.

If you disable this cookie, we will not be able to save your preferences. This means that every time you visit this website you will need to enable or disable cookies again.